KB International assisted Malcolm Drilling on the deep foundation shafts for the 181 Fremont Street project in downtown San Francisco in late 2013. 181 Fremont Street is the third tallest building in San Francisco. Malcolm drilled 44, 5- to 6-foot-diameter piles to an average depth of 262 feet, which broke the record for the deepest foundation shafts in the Bay Area. The financial district sits on what was once Yerba Buena Cove, which served as a landing point for ships during the Gold Rush. Many ships were abandoned in the cove and it was eventually filled in. Malcolm excavated through this difficult fill and 30 feet into the challenging Franciscan Formation. Malcolm Drilling elected to use polymer due to the superior skin friction achieved and selected KB as a result of our service on previous projects. Our engineers designed a polymer system specifically for the project in which the necessary properties could be achieved under such unpredictable and challenging soil formations. 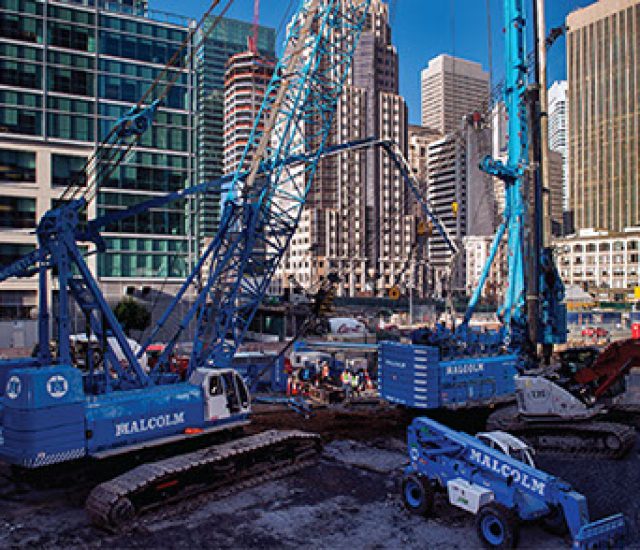