The port of Cristobal is located in Limon Bay in the southeastern part of Colon City and at the Atlantic entrance of the Panama Canal. Commercially operating for more than 150 years, Cristobal was constructed to receive workers and materials for the construction of the Trans Isthmian Railroad and was the Atlantic window for passenger steamships carrying people driven by the Gold Rush, from New York to California.

In 1997, Panama Ports Company started the process of expanding the port. This expansion created 3,731 meters of quay and 10 gantry cranes, providing an installed capacity of 1.5 million TEUs. Cristobal’s Phase I, which was started in 2005, included the expansion of Berth 10.

The Panama Ports Company contracted with BAUER Panama to install the foundations for the expansion of Berth 10. The project called for a series of 50 meter drilled shafts to be placed through the existing weak fill and in the presence sea water. BAUER Panama contacted KB International to design a fluid system that could maintain an open excavation for at least 24 hours and control seawater intrusion. During the drilling operation, several zones of super saturated, liquefiable soils were encountered. KB designed a fluid system that could be modified in-hole to handle these zones. Moreover, several holes were successfully held open for 4 days prior to cementing. KB maintained a site presence and then worked with the onsite engineering staff daily until the successful completion of the project. 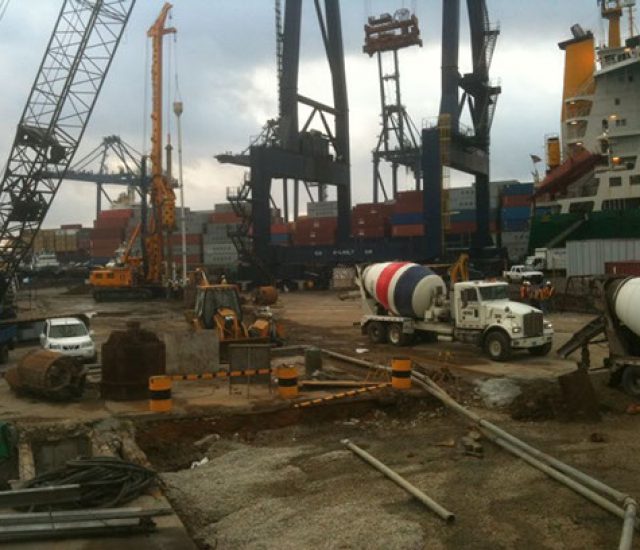