Columbia University’s new Manhattanville campus will be built over the next several decades in the former industrial area known as Manhattanville. The Manhattanville campus will be a 17-acre site just north of Columbia’s historic Morningside Heights campus, and consists primarily of the four large blocks from 129th to 133rd Streets between Broadway and Twelfth Avenue. The plan includes approximately 6.8 million square feet of space for teaching, research, underground parking, and support services. It features new facilities for civic, cultural, recreational, and commercial activity as well as a permanent site for the newly opened Columbia-assisted public secondary school for math, science, and engineering. And its improved, pedestrian-friendly streets and new publicly accessible open spaces will reconnect West Harlem to the new Hudson River waterfront park. The Construction project will include 8 LEED certified Green Buildings, with 6.8 million square feet of new academic space estimated to cost $6.3 billion.

The project area had a high-water table and alternating pattern of sands, organics, and clays. These include peat, silty clay, silty sand, glacial till, loose sand and varved clay all covered by a layer of debris with bricks, boulders, and cobbles. The greatest challenge, however, was the high levels of heavy metals, Volatile Organic Compounds and gasoline contaminating the soils to depth of over 60 feet.

For Phase 1, Weeks Marine chose KB International based on past experience with the successful drilling of difficult soils. The drilled shafts were also the deepest ever attempted in New York at 220-feet, so shaft stability was critical. To confirm that the shafts maintained the proper diameter and verticality, on sonic caliper was run on every production shaft.  Two method shafts were drilled successfully to prove the concept of using the KB Enhanced SlurryPRO CDP System as the support fluid. Full production was then initiated and completed successfully.

Based on the success on Phase 1, Skanska chose to continue using KB’s Enhanced SlurryPRO CDP System on Phase 2. Due to extreme cold temperatures, the first production shaft was held open for 11 days without loss prior to completion. Average hole volume was 180 cubic yards and the slurry had to maintain its integrity for 48 hours in contact with the concrete during cure time. The slurry performed as desired and came in under budget. 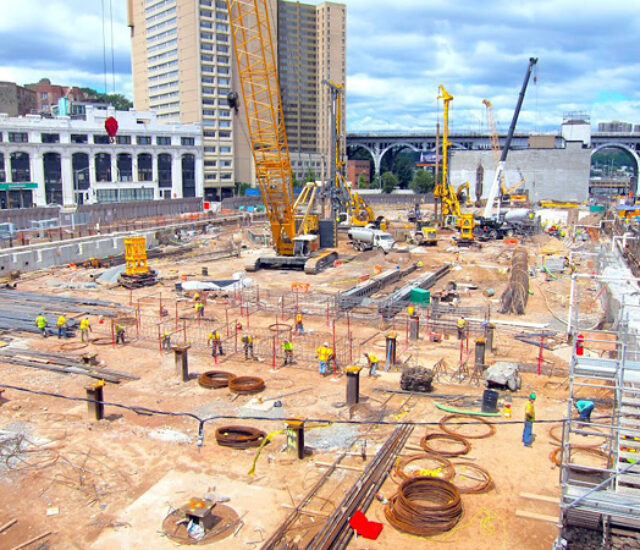 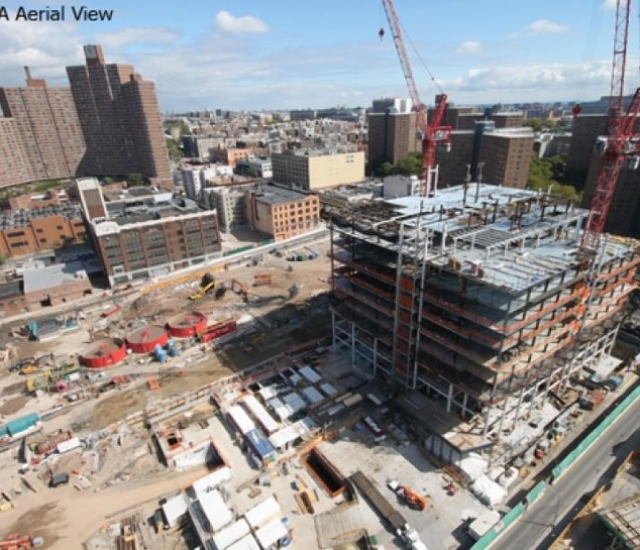