Looking to reinvent the look and feel of its metropolitan area, the City of Edmonton decided to build the largest mixed-use sports and entertainment district in Canada. Nearly a decade in the making, this ICE District in the heart of downtown, will consist of a state-of-the-art hockey arena , a 67-story tower, and a 600-car underground parkade.

Having worked with BAUER Foundation Corp. throughout the world, KB International was an easy choice for polymer support fluids. In June of 2015, BAUER Foundations Canada began drilling its first of over 150 drilled shafts — the deepest of which was 75 meters — with the BG 40 and BG 50.

KB utilized its Enhanced SlurryPro CDP System for optimum wall support and skin friction. We also provided a full-time onsite representation to monitor the fluid conditions, provide insight in challenging situations and ensure a constant flow of polymer to the two drilling rigs operating in unison. 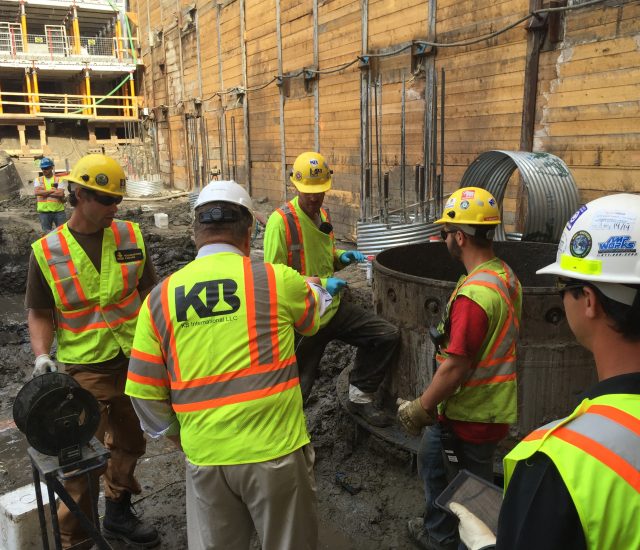 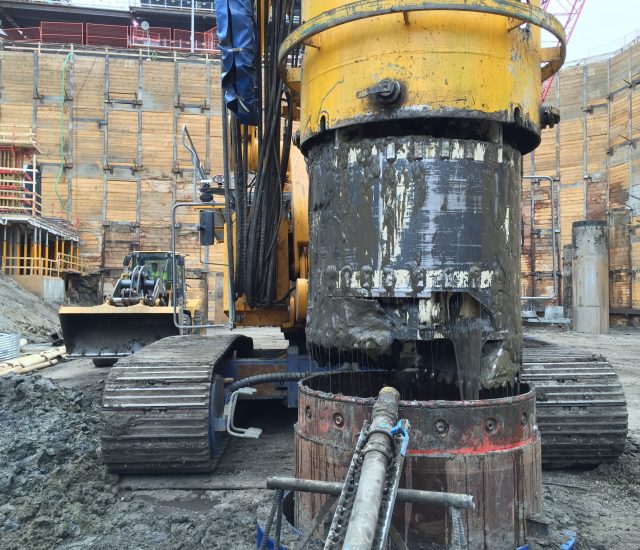