The Golden Ears Bridge was a project initiated to support the traffic of the Vancouver Olympics of 2010. The Bridge is a six-lane bridge in Metro Vancouver, British Columbia. It spans the Fraser River, connecting Langley on the south side with Pitt Meadows and Maple Ridge on the north side. The bridge opened to traffic on June 16, 2009. It replaced a previous ferry service several kilometers upstream. The project was awarded to a joint venture between CH2M Hill and Bilfinger Berger. KB International was brought in by Bilfinger Berger in 2006 based on our proven drilling support fluid and technical service capabilities. As a result of the superior skin friction of KB’s polymer system and positive load test results during the test shafts, they were able to decrease the lengths of the shafts from 98 to 76 meters. The Fraser River is a sensitive environment as it is a spawning area for salmon. KB was able to work with the contractor to show the environmentally friendly nature of our polymer drilling fluids. 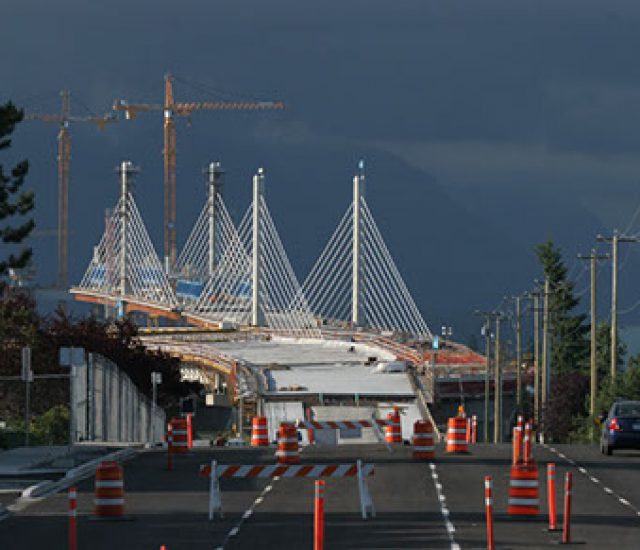