Underpinning & Foundation Skanska has been busy installing massive foundations for a 630-foot-tall observation wheel on New York’s Staten Island with dramatic views of the Manhattan skyline, in addition to a 950-unit parking garage. Slated to become the tallest of its kind across the globe, the New York Wheel is expected to attract up to 3.5 million visitors per year.

The contractor was tasked with installing 96 67-inch-diameter, 110-foot-long drilled shafts into saturated poor quality soils known as Glacial Till. This poorly sorted mixture of loose, unconsolidated material contains clay, boulders, and large angular rocks. The Till was deposited during the melting of a glacier that had formed over New York City nearly 22,000 years during the Wisconsin Glacial Stage.

Skanska turned to KB International for help stabilizing saturated soils. We supported the drilling with Enhanced SlurryPro CDP System, and also provided on-site consultation. KB was proud to play a role in this landmark project. 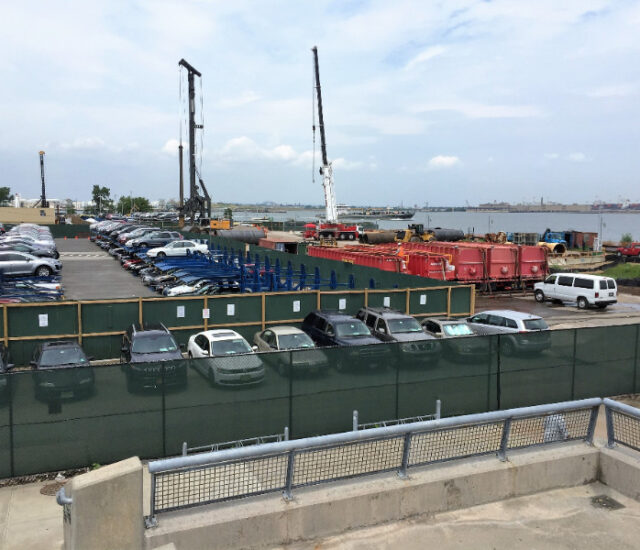 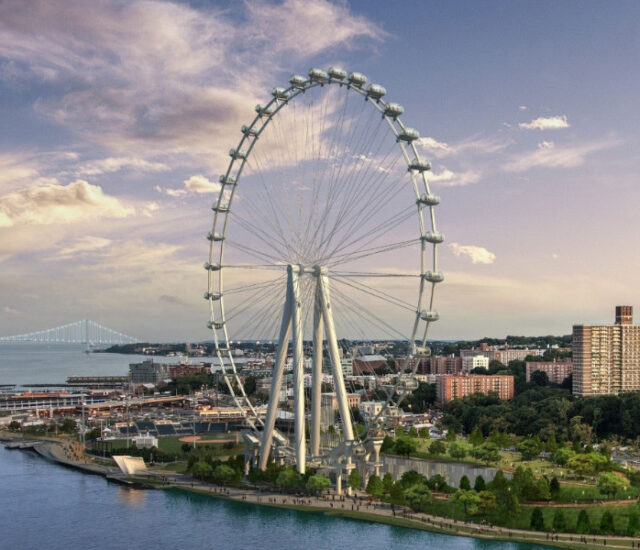