This Sheikh Jaber Al-Ahmad Al-Sabah Causeway connects Kuwait City to the northern Subiyah area and was constructed from 2013 to 2019. The causeway consists of 6 lanes with two emergency lanes and the Main Link is the 4th longest road bridge in the world at 36.14 km. There was a total of 1200 piles with the pile diameter of 2.5m to 3m and the depths ranged from 55m to 85m. A total of 1,200 piles were finished with 1,000 piles drilled offshore and 200 piles on the approach bridges. The soil had a weak moist silty sand layer with N values of below 10 followed by fine to medium grained sand with silt.

KB International worked closely with both Trevi S.p.A Kuwait and Sambo Kuwait to complete the entire project. Due to the length of the bridge, getting fresh water from shore to the barge was very difficult so salt water was used periodically. The consumption rate when using salt water was only 1.8 kg of SlurryPro CDP per cubic meter of water. This low consumption rate made it very easy to maintain stock onboard the barge and did not take up space required for bentonite. The plant set up was also reduced considerably when compared to bentonite. KB worked closely with Hyundai to reduce the permanent casing length up to 10m, reducing the cost of the overall project. Due to complications with machines, one pile was left at 55m for over one month. The pile was monitored with a Koden every few days and the pile integrity did not change. This showed the full stability and fluid loss capabilities of the Enhanced CDP System. The location of the bridge was in a protected species area that had a pod of Dugongs. KB International’s polymers were given strict testing and given environmental approval for the project. 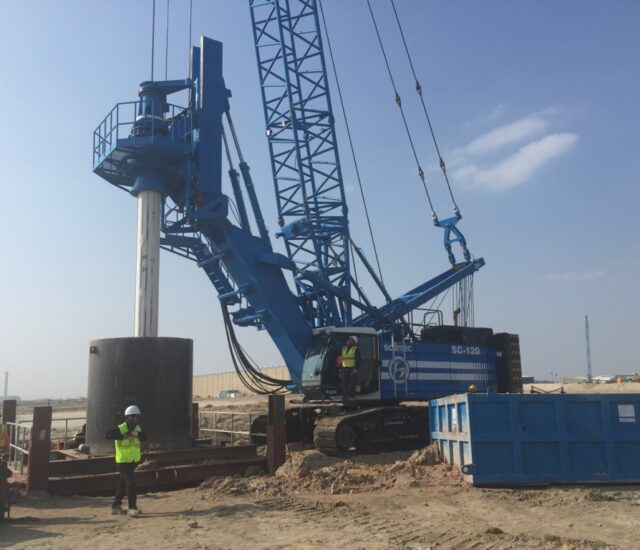 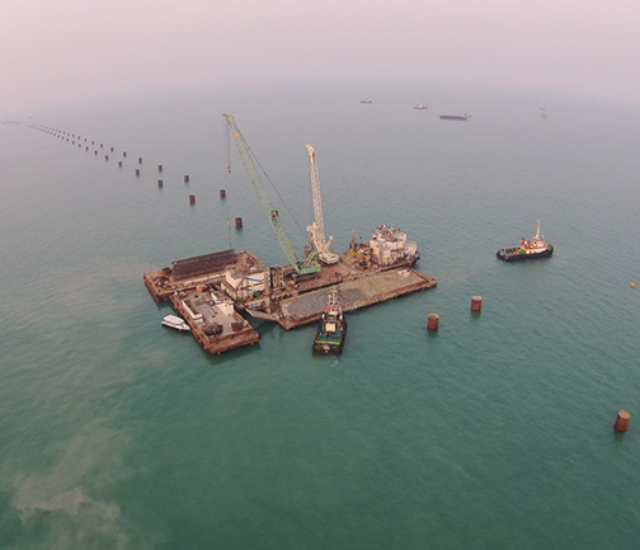